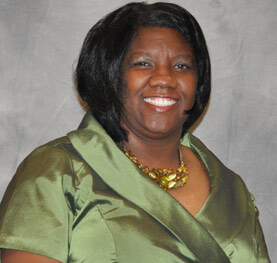 Evelyn Deloris Pinson was born in 1970 in Greenville, South Carolina. She attended Greenville CountySchools, receiving her diploma from Carolina High School in 1988. She earned an Associate Degree in Early Childhood and Certificate in Bookkeeping from Greenville Technical College. In December 2004, she earned her Bachelor of Science Degree in Business Administration from Southern Wesleyan University. An alumna of Greenville Tech, she worked in Greenville County Schools in Accounts Payable for nine years. She also worked as a budget analyst for three years. During her employment there, she implemented the budget for GCS on CD and on their website. She also analyzed special revenue grants from the State Department of Education for schools that scored below average on their state report card. Lastly, she produced a salary analysis for special revenue grants.

During her second term as director, the staff increased to ten people, including a food service person with enrollment increasing to 65 children. Because of this growth, she redeveloped the employee handbook. During year two, Fall 1999, the after-school program grew to 40 children increasing the number of schools serviced. In 2000, the PACT program increased to 75 children, summer enrollment to 80children, and she increased the staff to 13 persons, including two food service employees. During years 3-5, the program increased to more than 100 children and 17 staff members.