About Upstate Circle of Friends 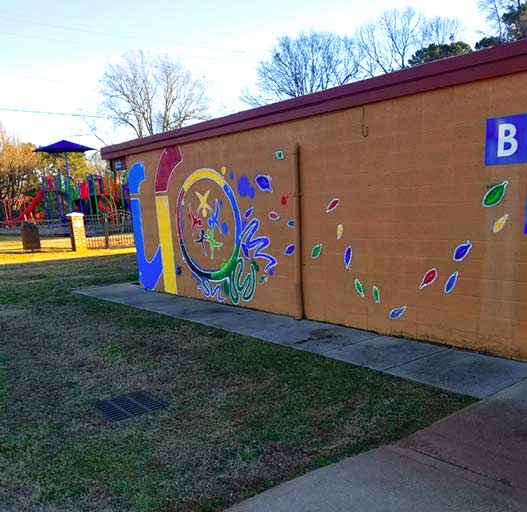 Upstate Circle Of Friends (UCF) is a not for profit organization located in Greenville, South Carolina. Our mission is a solid commitment to expand opportunities, enhance the quality of life, and the progression of at-risk children and their families through various educational recreational, and social programs.

In April 2006, Mrs. Deloris Pinson was challenged with finding someone to care for her special needs son for the upcoming summer. One month later, after realizing other special needs parents had the same problem, she resigned her position from the Greenville County School District and established Upstate Circle of Friends opening the doors in May 2006.

February 2007, George Singleton, Vice President and COO of Upstate Circle Of Friends, partnered with Ms. Pinson. He continued to strengthen programming with additional enrichment and funding resources that broadened the focus to youth and family programs.

August 2007, UCF opened an after-school program in partnership with the Department of Juvenile Justice to serve at-risk youth annually.

The UCF summer program brought hope to families with economic hardships that accompany single parent/special needs responsibilities. In May 2009, 220 at-risk students were enrolled, but because of the statewide budget cuts, only 18 special needs students were funded to attend.

March 29, 2010, Ms. Pinson was selected for recognition as one of the "seven women making history in Greenville County."

Summer of 2011, UCF was approved to provided healthy meals to over 1,200 youth attending the Greenville County Recreations and Tourism Summer camps.

August 2011, UCF was recognized by the Department of Juvenile Justice for services promoting Diversity of Community Partnerships & Programs and September 2012, Mr. Singleton was selected to participate in the Furman University Diversity Leaders Initiative's Upstate class XIII.

August 26, 2013 Quest Leadership Academy received approval from the South Carolina Public Charter School District to begin enrollment for Fall 2014 establishing a solid, core based educational program to develop exceptional learners and leadership scholars who achieve their highest potential. Upstate Circle of Friends served as the home base for this charter school.

February 4, 2014 The Department of Juvenile Justice awarded Upstate Circle of Friends a five-year Job Readiness Training "JRT" paid intern program for up to 60 teens between the ages of 14 -17 years of age annually with the mission to improve the overall functioning of at-risk students at home, in school, and in the community

March, 2016 Upstate Circle of Friends celebrated the 10-year Anniversary with a mural painted at the main entrance. The goal of this project was to depict the strengthen of the Belle Meade family structure and morale while accentuating historical values of Upstate Circle of Friends through the appreciation of the arts, landscaping, and continued beautification of the Belle Meade community.

September 2017 Upstate Circle of Friends, the community, partners, and supporters celebrated the construction and completions of the Playful Playground where children experience physical and mental development and growth while simply being carefree kids in an environment of safety and inclusiveness.

March 2020, the COVID-19 pandemic shut down the schools and most businesses within SC. Most feeding program funding was cut, with the state shifting it to provide breakfast and lunch through weekly pick ups at the schools for all children. This cut the hot, nutritious supers UCF had been providing low-income children through the Greenville Recreation Centers Afterschool programs. In discussions with community members, it was realized many of the families of these children lost jobs and were struggling with access to basic needs. UCF contacted a few private foundations and donors and was able to fund a daily food program for these households of 2 to 12 members with pick up locations following COVID-19 protocols. Over 22,000 meals were provided during this 60-day program.

Spring 2020 a VetForward family, consisting of a Veteran and her two grandchildren, was qualified and moved into the new VetForward home!

November 2020 Home to Them Thanksgiving meals were provided to homeless families temporarily staying in one of the 7 hotels within 1 mile of UCF. This was made possible in large part by the support of funds and volunteers from Big Rock Natural Stone and Hardscapes located in Greenville County's District 25.

February 2021 UCF received approval for the Home Delivered Meals Service through the State of SC to qualifying senior citizens. This will quickly reach hundreds of senior citizens with daily hot, nutritious delivered to their home meals.